“Best Tips for Breaking Your Fast”

Connecting With The Past During The Nine Days 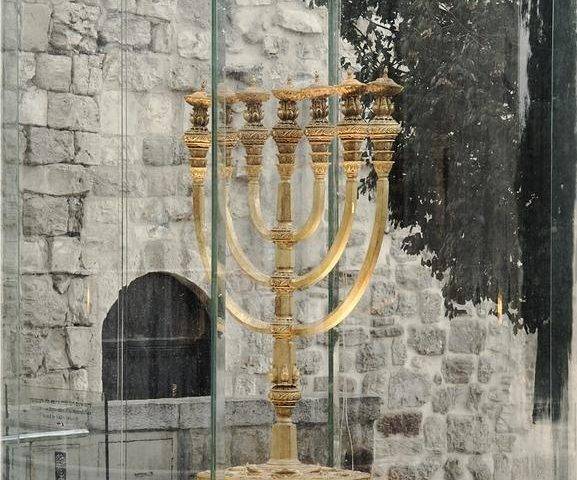 The Nine Days are a period of time at the beginning of the Hebrew month of Av (roughly August), that we observe as a time of mourning—during this time we refrain from listening to music, eating meat, having celebrations, or go swimming during this time.

This blog will guide you on how to get the most out of your Nine Days. We are so lucky to be able to spend these important days in the city where it all happened. This is your chance to reflect and learn more about Jerusalem in the time of the 1st or 2nd Temple. Here are some ways to make the Nine Days meaningful and engaging.

“History in the Making-How to Make it Meaningful for You”

What makes Jerusalem such a unique city? Why have more conflicts been fought over Jerusalem than any other city? The Temple Institute offers a rare opportunity to connect with Jerusalem’s infamous history and connection to the Temple period. We can actually see real artifacts from the Temple Period. No other institution today is as devoted to practically preparing for the Beit Hamikdash. You can see different items that would be there; a great way to visualize it what might have been. 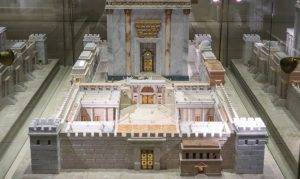 “Take Time to Give Back”

The Nine Days are the perfect opportunity to give back to your community. It’s a time in which self-reflection is encouraged, seize the moment while at the same time make a lasting memory for yourself. For example, distribution of food baskets with Tachlit. They make over 18,000 baskets a week and are always in need of new volunteers. A session consists of packing vegetables and ready-made food into baskets which are then distributed all over Jerusalem every evening. 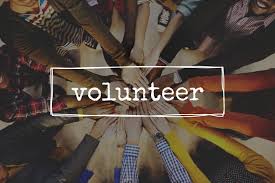 True to his legendary paranoia, King Herod built a lavish and heavily fortified palace which today is known as the Herodian. The Mishnah and the book of Josephus  provide a detailed description of the Herodian Temple.  Today, it is 15 Kilo’s south of Jerusalem and 5 kilos’ south- east of Beit-Lechem. He spared no effort nor expense. The main reason for Herodian’s infamous status occurred began in 66 C.E., when Jews rebelled against the Romans and were able to conquer the site. After the destruction of the Second Temple, the remaining Jewish zealots used Herodian as one of their key places to seek refuge from their oppressors. Unfortunately, Herodian ended up falling into the hands of the merciless Roman Armies. However, the story didn’t end there. During the Bar Kochva revolt, Herodian served as a command center and starting point for sneak attack operations — call it guerilla warfare, if you will — against the Romans. An extensive tunneling system from the top of the mountain was dug by Jewish forces, who would use hidden exits to initiate actions against the Romans. 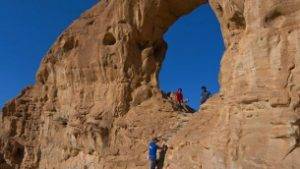 Have you ever imagined what it might be like to have lived during the Second Temple period? The Nine Days is the perfect time to take that historical trip down memory lane. The Jerusalem Archaeological Park gives you just that chance. This extraordinary trip offers you the chance to see Jerusalem on the eve of its destruction by the Romans in 70 C.E. The excavations begin along the western side of the Temple Mount and include the shops and Herodian street next to the Temple Mount. The destruction of Herodian Road and Robinson’s Arch are clearly evident, proof of the full destruction by the Roman armies. The site also contains direct artifacts from the city’s destruction, as well as significant archeological remains from the Byzantine Empire. 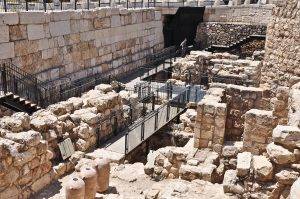 The Burnt House, also known as Katres House, is the excavated remains of a house in the Old City that was destroyed during the time of destruction of the Second Temple. This tour is great for the Nine Days, as we try and focus on the times of destruction of the First and Second Temple. The house is believed to have been owned by a priestly family. Today, the house has been reconstructed to represent a model of the home during the Second Temple period. During the reconstruction, coins were found buried under piles of ash, the coins found were from the Roman period, when Judea was ruled by Roman governors. What’s even more interesting is that one can see the priest’s family name etched into the stones of the house. This is a great trip to take to reconnect with your roots and embrace ancient history.

I wish you a meaningful time of reflection and an easy fast.