How To Survive A Year In Israel: Top 10 Things To Do In Tel Aviv

“Getting in Touch with Nature During the Nine Days” 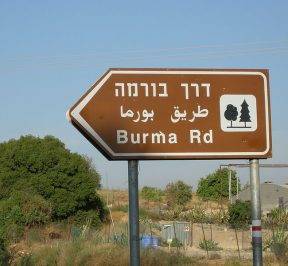 So the Nine Days have arrived. You are going out of your mind, what should you do? Now is the perfect time to re connect with nature and take in the gorgeous and scenic views that Israel has to offer. It’s no wonder why Israeli’s love to take hikes (tiyul) There is so much natural beauty in Israel that it’s a shame to miss out on it. Israel has more than 9656.00 km of marked trails, from easy to challenging, so there’s something for everyone.

The Burma Hike, is perhaps one of the most historic trips one can take. It played an instrumental role during the war of Independence. When my friends and I decided to do the Burma Road hike which is a 30-minute drive from Jerusalem and Tel Aviv, we realized we had three choices – hike, jeep trek, or even a bus tour.  We decided to go on foot for part of it with a group, and tagged along quietly to see what there was to be seen. 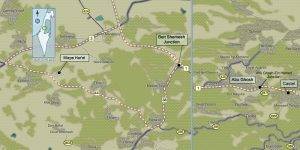 We started at the Harel Outpost, fun fact, the building that served as HQ for Palmach and Machal command for part of the war of Independence. Can you believe that during the war at this exact spot David Ben Gurion, gave his historic message, “Jerusalem at any Cost”. He went on to order the troops to break through to Jerusalem with the understanding that it was inconceivable that the new State of Israel would be left without Jerusalem as its capital city. 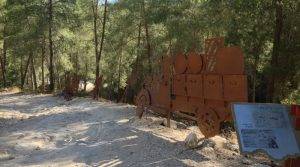 This intermediate trail starts out winding around the Trappist monastery at Latrun. Past the monastery the trail takes you to a monument that was erected in honor of the 7th Armored Brigade, which fought in tirelessly in the war of Independence—and every war since then. Suddenly, the trail crosses a few agricultural fields, before climbing a hill near Neve Shalom which is a Jewish-Arab co-existence village.

As we walked down the Burma Road, we stopped to look at the photos of the many soldiers who bravely served their country. I have to say it was a very meaningful event for me personally, as so many of my friends and family serve and continue to protect our country.

As the trail continued we began to see orchards, olive groves, pine trees and we soaked in Israel’s natural beauty. We than hit highway 38, the road to Beit Shemesh. Once we crossed the highway I felt that I was so close to Jerusalem, I could practically smell the scents of my city. Here I took a break and made sure to drink a lot of water. (This is a very important tip, take a minimum of 4 liters of water with you—and drink, drink and drink more). 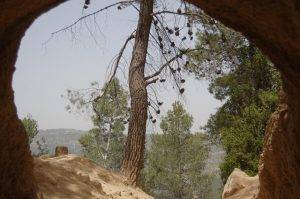 Onwards we continued, as of this point we had already covered over 2/3 of the day’s distance—7 miles out of 10, I kept thinking to myself, you can do it, just 3 more miles to go. But, the last 3 miles were very intense about a mile and a half from Beit Meir the trail goes past a couple of more military monuments, describing the battles in 1948 for these particular hilltops. One of the monuments is for the Palmach, the elite fighting force of the Haganah, the pre-state Israeli army. 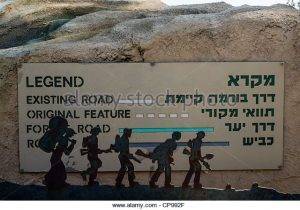 The road was very rugged, steep, and rocky in this section –fortunately, I saw a dirt road across the way that looked in much better shape, and Google Maps satellite view confirmed that it went through, so I decided I’d take that road back.  It worked out great.  Was much faster walking down than running up! I stopped at a café in Neve Shalom for lunch – some very good hummus.  I was back at the car and heading for home by 2pm. This blog, is slightly different than my usual blogs but since it is the nine days, I felt that this would be a great opportunity to take this time to reflect on this wonderful country’s history as well as taking the time to connect with nature and hopefully yourself.

I look forward to hearing from you how you spent your nine days.