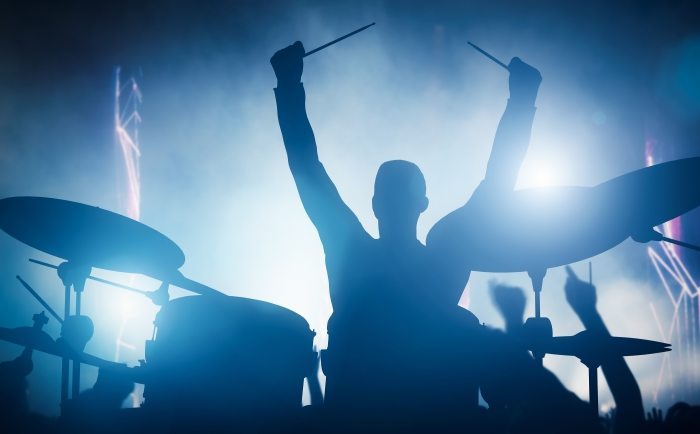 It’s spring, and Jerusalem’s music scene is coming alive! Here is your special introduction to the alternative music scene in Jerusalem, where you can watch live music in awesome bars and venues and meet fellow music lovers in the Holy City. The genres listed include folk, jazz, African and Middle-Eastern music, and Jewish soul.

Hayelala band incorporates sounds of contemporary folk, or soul folk, along with jazz and Middle-Eastern influences. They recently  returned from travels filled with stories and songs to share. All of the band members are Israeli, yet from varying ethnic backgrounds. This contributes to their unique sound and poetic lyricism. Hayelala has so far performed at several music festivals, in countries such as Germany and Bangkok, as well as in Israel. Check out the Facebook event for more.

Eviatar Banai will be playing a solo performance, just him and his sweet melodic voice, accompanied by piano and guitar. Banai studied piano for 8 years, and his debut album featured piano as the main instrument. After serving in the IDF and producing 2 albums, Banai traveled to India, and upon returning he became observant. His current music expresses his connection with Judaism and is very successful. Be sure to take a look at the event page and ticket info.

Laeli are a husband-and-wife musical duo based in Columbus, Ohio, and will be playing one show in Jerusalem this month. The band name is a combination of Lael and Ellie, who made music individually for many years before marrying and combining their musical skills. Aside for their original music that is melodic and often spiritually uplifting, Laeli play covers of classic folk songs, and modern versions of Hebrew songs as well. Here are more of the event details.

This jazz night is all about the First Lady of Song, Ella Fitzgerald. The Queen of Jazz began her musical career singing on the streets of Harlem, and went on to become one of the most popular jazz singers of all time in the United States. Meital Waldman is a young and ambitious jazz singer, musician, and teacher. She will be playing tribute to Lady Ella at the Yellow Submarine in Jerusalem, in honor of Ella’s 100th birthday. See all of the details on the event page.

Amir Benayoun is an extremely popular Israeli singer-songwriter. His musical style can be called Middle-Eastern soul. With 13 full-length albums and several more side projects, he is one of the leading musicians in the country. Benayoun once won an award for his song “Nitzacht Iti Hakol,” and chose to donate it. He was raised in Beersheva to Algerian immigrant parents, and his father, who played the oud, influenced him to become a musician. Check out the ticket info here.

This 14 piece band plays their own interpretation of African jazz and funk. With 4 percussionists and an ensemble of saxophones, trumpet and trombone, their sound is truly unique. They are known for having as much fun as their audience during shows, with lots of on-stage movement and dancing. Their music style is an ode to Ethiopian jazz and pop of the 60’s, bringing African music back in a super funky way. Read more about their upcoming Jerusalem performance here.

This massive music production is taking place on the eve of Yom Yerushalayim. There are several parts to this event: HaYehudim, Avraham Tal featuring Carolina, Moshe Peretz, and Berry Sacharoff are among the artists who will take the stage. If you make it through all of those and still want more, award-winning singer and musician Idan Reichel will be playing a special sunrise performance at Kikar Safra, adjacent to City Hall, at 4:30 in the morning. Get more information here.

Bob Dylan, the influential singer-songwriter is celebrating his 76th birthday and Jerusalem is celebrating as well. Dylan has been a key part of the American music scene for more than 5 decades, and continues to make breakthroughs, such as his recent win of the Nobel Prize in Literature. Yona Schnitzer will play tribute to him with a resemblance that can only be called uncanny, in voice, guitar, harmonica, and even physical appearance. Get tickets in advance on Nocturno’s website.

We are happy to know the Jerusalem music scene is evolving and thriving, and love being a part of it by bringing you the news! Which of these performances do you just have to be at? Share in the comments section below.