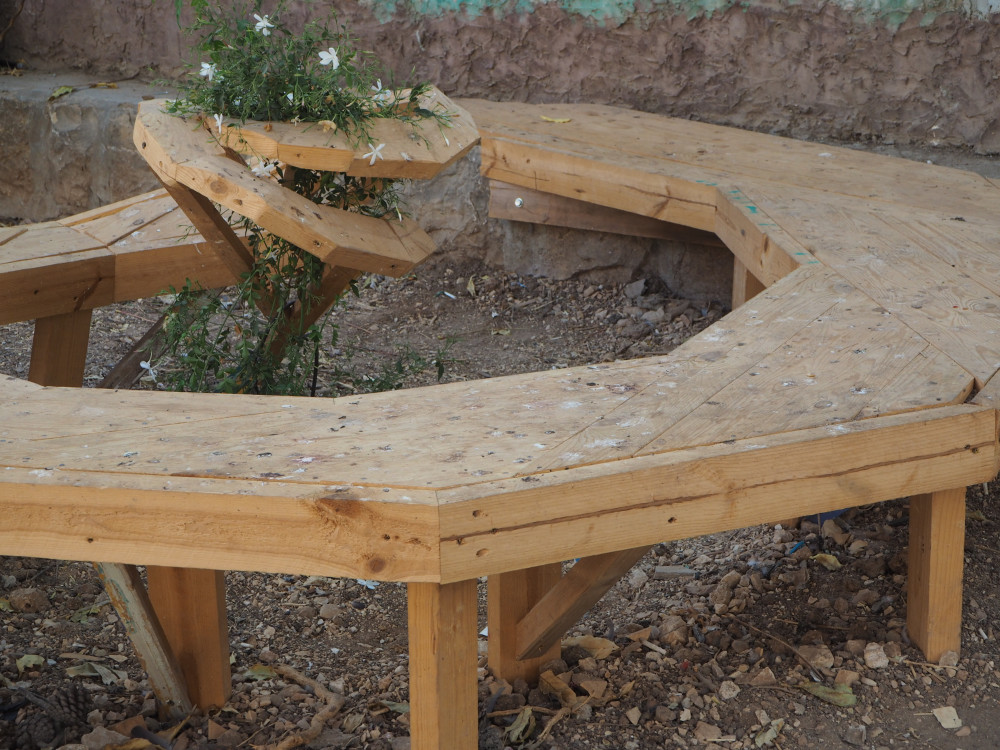 Typically, when you think of Israel’s cultural scene, you’ll think of Tel Aviv.

While the arts can be found all over the country, Tel Aviv is perceived as the cultural capital of Israeli art. Home to a plethora of theatres, art galleries & music venues of all sizes. It’s a city where art can be found on almost every street corner and is very much revered and proudly on display. Tel Aviv’s art scene is the celebrated daughter that puts on a show and flashes her many trophies in front of adoring audiences.

Jerusalem’s art scene isn’t quite like that and that’s what makes Jerusalem’s art scene so different and intriguing – because exciting projects happen that are only on the radar of Jerusalemites in the know. Jerusalem’s art scene is the quieter daughter, the one that people don’t pay as much attention to but is secretly a genius, choosing not to advertise her brilliance to the entire world. I recently became fascinated by Jerusalem’s underground art scenes and found them so interesting that I wanted to share those moments with you.

Walking through the enchanting alleyways of Hutzot Hayotzer transports you to a hidden enclave that  has been home to Israeli artists for over 40 years. As you stroll through the compound, chances are you will encounter well-known artists whose works are exhibited in the most prestigious Israeli and foreign museums.

Did you know that the buildings of Hutzot Hayotzer were constructed during the 1930s as part of the Jurat el-Anab neighborhood. And In 1948 the area was abandoned as it become the boundary between the east and west sides of Jerusalem – the Jordanian and Israeli border ran straight through the neighborhood. In 1967 when Jerusalem was reunited  this ‘colony’ was created in the 70’s by then mayor of Jerusalem Teddy Kollek, who wanted to encourage and support artists in their work and turn the area into a lively arts centre.

Currently, there are over 20 artists who call the Artists Colony their ‘office’, ranging from painters, jewellers, weavers, calligraphers, photographers and more. Each artist has their own space that acts as both their workspace and their gallery.  On display are sculptures, photographs, paintings, drawings, metalwork, embroidery, ceramics, decorative weaving and plenty of Judaica.
Between your gallery visits, you can rest on one of the benches that line the picturesque pathway, view the lovely fountains of Teddy Park in the garden next door or enjoy a meal at a restaurant overlooking the charming Yemin Moshe neighborhood or the walls of the Old City.

Don’t forget to take in and enjoy breathtaking views, history and a feast of Israeli art. 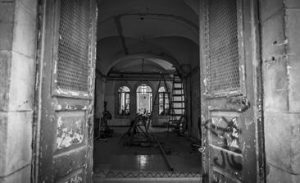 HaMiffal in Hebrew literally translates to a factory, which makes sense since this “factory” focuses on producing cultural and creative work. HaMiffal is currently seen as the epicentre of the Empty House movement.  They believe art is made from anything and everything and this experimental art centre is a prominent player in the underground Jerusalem art scene. Many of its quirky creations can be found throughout the premise.

Like any project created by this group — whose name is a clever nudge at society and its norms (Empty House is Bayit Reik in Hebrew, the term used when parents are away and kids throw parties for their friends; HaMiffalmeans ‘The Factory,’ pointing at the group’s efforts to create a kind of socialized, industrial line in the creative arts) — the work is often temporary, as they squat in a space, turn it into something creative and imaginative and then leave it, as they’ve done many times before. 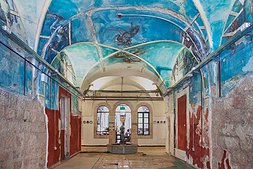 As soon as you walk in, you can feel that the atmosphere is very communal, cooperative and inclusive. And that’s proven in the fact that HaMiffal has a strong open door policy. Their doors are always open to anyone and everyone, and are automatically accepted as members of the community.

The project is not the first of its kind by Empty House, an artist collective known for activating abandoned spaces in Jerusalem since 2011. HaMiffal runs new events weekly creating a rich communal center in the heart of Jerusalem. Jerusalem’s art scene is an example of just that. It’s a scene that’s inclusive and easily accessible to a myriad of people, allowing anyone to become an artist and art lover.

Jerusalem and art are so intrinsically connected that I now can’t see one without the other. It makes sense to me how & why art is a significant part of Jerusalem’s identity.

Do you enjoy experiencing art in a city that you’re visiting? What do you think of Jerusalem’s art scene? Feel free to share below!