How To Survive A Year In Israel: Top Must Have Israeli Snacks

Welcome To The Dead Sea

Getting Around Israel: How To Survive Public Transportation 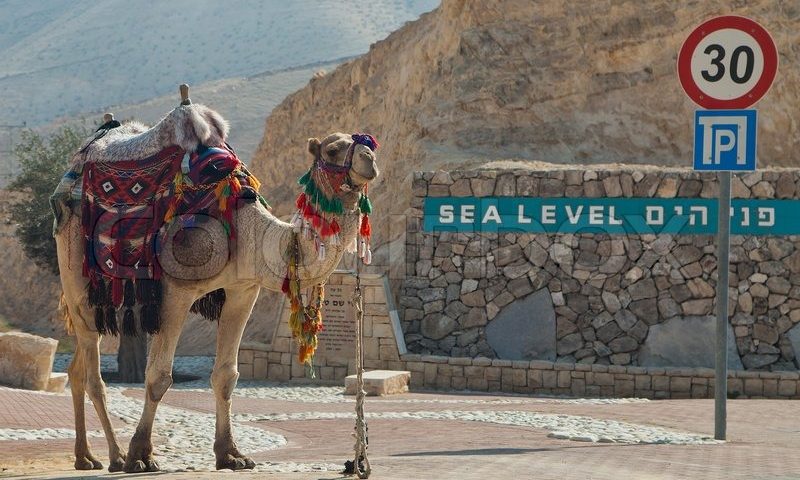 This little Middle Eastern country is just a tiny dot on the map of the world, but once inside it’s confusing borders, Israel offers an incredible amount of diverse things to do, unique scenery and incredible activities. Getting from place to place or city to city, this blog will help you navigate your way across this amazing little country.

Intercity buses are the fastest and easiest way of traveling between the major cities of Israel (although traffic jams in recent years have led the country to resuscitate its almost forgotten train service along the Jerusalem–Tel Aviv–Haifa corridor). Buses between Jerusalem, Haifa, and Tel Aviv depart very frequently; at peak times as fast as each bus fills up.

Recently, a new multi- ride plan are now available between metropolitan areas giving you the option to use a Rav Kav fare card new options when it comes to unlimited travel for a day or for a month. The new plan will allow unlimited travel on all means of public transportation, including buses and trains within two metropolitan areas and for travel within the two cities.

So, for example, riders will be able to purchase an all-day fare (“hofshi yomi” in Hebrew) for 32.50 shekels ($9.30) for travel between the Tel Aviv metropolitan area (including the Sharon region) and the Jerusalem region. The Transportation Ministry said the fare represents a savings of more than 40% compared to the 55.60 shekel fare prevailing up to now.

Company (www.egged.co.il/eng, tel. *2800) connects most cities in Israel and operates buses within Jerusalem and Haifa, as well as working on a cooperative basis with Dan Buses in Tel Aviv.

Where can I buy a Rav Kav?

From March 8 this year, bus drivers in Israel will no longer load Rav Kav travel cards. Passengers will have to ensure that their cards are loaded before they board a bus, in order to save the driver having to deal with cash while driving. Rav Kav cards will be loadable online and via machines deployed around towns and cities and at heavily-used bus stops. Card loading machines will also be installed on buses on main routes. Payment will be by credit card, or by cash, but change will not be given.

Rav Kav cards will also be loadable at the nine branches of café chain Cofix in Jerusalem.

The only means of payment on a bus will be a pre-loaded Rav Kav. In the future, single-journey tickets will also not be available from bus drivers, as is the case in many countries. The reasons given for the change are safety, since dealing with cash distracts the driver’s attention while driving, and making journey times faster and improving punctuality. 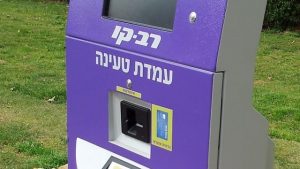 There are two types of Rav Kav; the Personal Rav Kav and the Anonymous Rav Kav.

At the Rav Kav service station you will need to produce a valid identity document. A digital photograph will be taken and processed onto the card (just like on a driver’s license). The Rav Kav card is issued on the spot and your personal identification details are printed on the underside of the card.

Tourists, or anyone who does not wish to purchase the Personal Rav Kav can buy a Rav Kav Anonimi (the anonymous card) for a one-time fee of 5 shekels, from the bus driver or at the service stations across the country.  The Rav Kav Anonimi can only be used for single rides. Multiple rides and season tickets cannot be loaded onto this card.

How does the Rav Kav work?

You purchase the appropriate fares (up to 8 different route combinations) which are loaded and credited to the card.  Each time you use the public transport, you swipe the Rav Kav card in the card reader, either on the bus, train station or other public transport, and the appropriate fare is deducted from the balance.  Eight different fare combinations can be loaded into a single Rav Kav card.  Except on trains, a ride is valid for 90 minutes. This means you can get on and off and transfer to another line, an unlimited number of times within a 90-minute window and still only pay for one single fare.

Israel Railways (www.rail.co.il) has been undergoing a revival and expansion for more than a decade. Arlosoroff Street Central Train Station in Tel Aviv is the rail hub of Israel. The cost of a rail ticket is slightly higher than comparable bus fares. A rail line with frequent service along the Mediterranean coast connects Tel Aviv to Haifa and Nahariya in the north; a second line connects Tel Aviv to Ben-Gurion Airport; a third line goes from Tel Aviv to Beersheba; and a fourth line goes from Tel Aviv to the western outskirts of Jerusalem. Service along the coast is fast and frequent; the Beersheba and Jerusalem lines are less frequent. Please Note: Trains do not run on the Sabbath.

My preferred method of getting around Israel are the sheruts. They run 24-7 all over the country and will pick up and drop off passengers anywhere along their typical routes. Often just a few shekels more than the public buses, they’re faster and more comfortable.

In Tel Aviv where the public transportation city buses are privatized and owned by a confusing amount of companies, sometimes the city sheruts are the easiest option for getting around the city (that is if you’re not on a bike). It can be intimidating at first because though the sheruts are numbered and have routes, they don’t have set stopping points or schedules. They come when they come and because they can only fit up to 12 or so passengers, if they’re full, they’re full. To take a sherut in Tel Aviv, you have to do the following:

Like mentioned above, the public sheruts follow similar routes to the other bus companies. The most common sherut lines in Tel Aviv are the #4 and #5.

Renting A Car In Israel:

Sometimes there is no better freedom than your own set of wheels, and with some of the more remote (and amazing) parts of Israel to discover, renting a car in Israel is one of your best option. There are a number of car rental companies to choose from throughout Israel including the major brands (Sixt, Budget, Avis, and Hertz), as well as local established companies such as Eldan.

The most popular cars available for rent will be the Mazda 3 and 6 and Hyundai Getz/i10, with other, newer Hyundai models slowly being added to that roster. As buying a car in Israel is generally an expensive option in the Holy Land, rental cars tend to be less sleek and luxurious compared to other countries, but are generally up to date with the bigger brand companies usually offering newer models.

Our Top Tips and Tricks:

In order to get the best deal possible, and to get the most out of your Israel car rental experience, here are some of our top tips:

With these handy hints, you should be able to rent a car in Israel with confidence and get around this tiny and insane country in a snap.