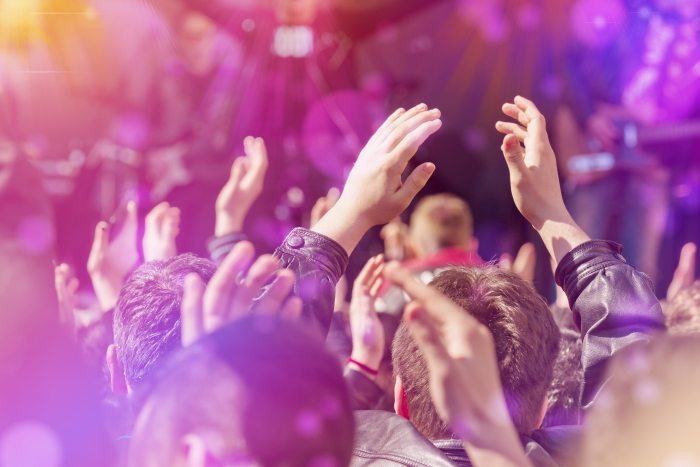 As the Holy City celebrates springtime, everything begins to come alive, including Jerusalem’s amazing music scene. Nothing quite compares to a beer in hand and some live music in such lovely weather. Here’s a list to help you decide where to go and who to see this month!

On April 1st NURIEL will take the stage at Blaze Bar. This folk-rock quintet perform original songs, with optimistic lyrics and uplifting melodies. NURIEL has previously played at popular Jerusalem venues such as the Yellow Submarine and Beer Bazaar, to sold-out and enthusiastic crowds. The group is now releasing their first music video and single, and although their fanbase is expanding they have not forgotten their loyal Jerusalem fans and are playing right at home at Blaze. See event details here, and be sure to follow their Facebook page for the music video!

Scottish singer-songwriter Bob Theil will perform at the Yellow Submarine in Jerusalem on April 4th. Theil’s main musical influence is the British folk revival and musicians such as Al Stewart and Bert Jansch. Bob Theil is famous for his artistry on the twelve-string guitar, both acoustic and electric. He is known to tell stories through his music, at times his own personal tales and at times even historical events. This performance is in anticipation of the release of Theil’s 6th album. Here‘s the site to buy early tickets for the event.

Jane Bordeaux have spent the past few years playing all over the country, often to sold-out audiences. The music is sweet and the lyrics are often relatable stories with a touch of humor. The trio’s hit single, “Ech Efshar” won Most Played Song on Israeli radio in 2015. Doron Talmor, the female lead vocalist, is a pioneer of the American folk-country style in the Hebrew language. Jane Bordeaux, with their double bass, ukulele, and tambourine, is a sweeping musical success, and you can see them live this month at Zappa Jerusalem by clicking here.

Bint El Funk‘s music falls under a unique genre that can only be described as Yemenite Funk. This groovy group comes with a ton of energy and innovative rythms, their goal being to modernize the more conservative traditional Yemenite beats using funk. The lead vocalist, who is from Yemenite descent, founded the band after studying Yemenite music and funk and jazz simultaneously. Bint El Funk is Arabic for “Daughters of Funk,” and they love to experiment with jazz and gypsy musical elements as well.  Their upcoming Jerusalem performance will be at Nocturno café on April 6th.

Dudu Tassa has released some 11 albums since the year 2010, with a 12th on its way. Aside fom his upcoming performance in Jerusalem, Tassa is set to represent Israel at a number of large festivals this spring and summer, in countries such as Hungary, Spain, and the United States. In recent years he has become one of Israel’s leading and most popular musicians, while he continues to develop his unique musical language over time. Tassa comes from a family of prominent musicians, and carries on that legacy proudly. See him live on April 26th at Zappa Jerusalem.

Enjoy this list of some of the best live performances our city expects to see in the upcoming month! We hope you make it to one or more of them.

Tell us about your experience in the comment section below!