Here’s How You Can Enjoy Matzo For All Of Passover

Uncover The Hidden World Of Jerusalem 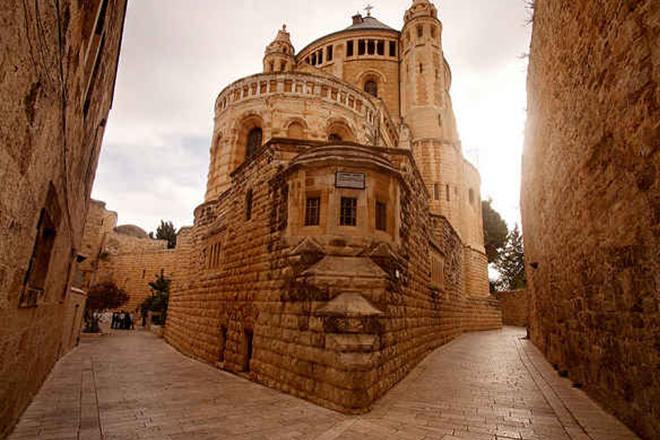 We all know that each city we visit has its “must-see” sites and attractions. First-time visitors to Jerusalem usually go to the Western Wall, the Old City market and the Tower of David, to name a few of the city’s most famous landmarks.

But a city that dates back thousands of years, with rich history unlike any other on earth, has much more than meets the eye. So much so that even its own residents are sometimes not aware of what lies nearby, above their heads or beneath their feet.

I have spent many years roaming around Jerusalem, and I have seen its many sides. Almost every time I went back to the city, there was something new I hadn’t seen before.

I recently set out on a special mission to uncover the hidden world of Jerusalem. Forget about the Nahalat Shiva, Western Wall or Machne Yehuda Market. Check out some of Jerusalem’s most intriguing and bizarre spots. These quirky places truly capture the complex and diverse character of this city.

Stepping into this gated complex feels like discovering a treasure. This castle-like guesthouse first opened in 1863 and its gardens, archways and stone walls ooze history. In the middle of the bustling Muslim Quarter in the old city of Jerusalem lies the Austrian Hospice. Built in 1857 as an Austro-Hungarian pilgrims hospice, the place currently operates as a pleasant guest house with simple rooms, a beautiful garden and a staff mainly composed of nuns. Even if you don’t plan to spend the night, it’s worth stopping by for the best viewpoint in the Old City or to try the authentic Austrian strudel. The doors are always locked – ring the bell to get inside. The cloistered garden is a popular retreat for guests, while the Viennese Café is a convenient spot for cake and coffee.The hospice is on the corner of Al Wad St and Via Dolorosa. Ring the intercom to enter (reception is open 7am to 11pm).

Sergey Yard is located In the heart of Jerusalem, near the Russian Compound. It was a lavish hostel for pilgrims and aristocrats. The hostel was named for Tsar Alexander II’s son, Count Sergei Alexandrovich. After the Israeli war of independence in 1948, the property was in Israeli hands. In 1964, Israel purchased the Russian compound properties for $3.5 million, which was paid in oranges. Sergei’s compound was not included in the purchase because it was owned privately by Count Sergei.After a long ownership fight, Israel agreed to the Russian government’s demand to regain control over the compound. In the yard you can find two decorated stone towers, a beautiful garden, a golden fish pool and a European eclectic style building. Sergei’s courtyard contains a lovely garden with old farming implements, olive presses and ancient wells. Benches are strategically placed in shady areas, making this a lovely spot for a short rest or picnic.

Barbur Gallery: Beyond The Usual

Barbur Gallery is located in the narrow, winding alleys of Nachlaot neighborhood; the absolute best neighborhood to get lost in. The place is an independent, non-profit gallery of contemporary artists. The exhibitions mainly focus on social matters from a critical point of view and change on a monthly base. There is always something unusual to see here ranging from avant-garde performances, installations and lectures to poetry slam events and documentary nights. Although tiny in size, it is one of the most influential galleries in the city.

Time Elevator: Travel Back in History

You’re in downtown Jerusalem and it’s too early for dinner, too late for lunch, you have a study break, or you are just lucky to be wandering around by yourself or with a friend or two. Duck out of your routine and into Beit Agron for a thrill ride through the ancient and modern history of Jerusalem. The “Fiddler on the Roof” star Chaim Topol leads this 4-D indoor ride through time: Relive the destruction of First and Second Temple, Roman conquests, the birth of Christianity and Islam and the establishment of the modern state of Israel. It’s inexpensive and people of all ages love this.

This ride combines film, motion platforms, and special effects. Seats shake and roll and you will get wet. Surround sound and headsets enable the show to be heard concurrently in multiple languages.  This is a great break from touring and a family fun favorite for the kids.

Everyone has heard of the Western Wall, the only remnant of the Second Temple and one of the holiest sites in Judaism. But did you know there is also a Little Western Wall, located nearby? The Little Western Wall is in fact a continuation of the larger Wall, and is located inside the Muslim Quarter near the Iron Gate to the Temple Mount.

The Little Western Wall is the only part that remained exposed among these houses, on this side of the Temple Mount.

Another similarity to the bigger Wall is that here too worshipers can leave notes with prayers in between the stones. But unique to the Little Wall, there is no separation between men and women, and it is much less crowded due to the fact its existence is almost unknown to the public.

Wherever you end up, Happy Exploring!

Do you know of other hidden sites to explore in Jerusalem? What do you think about Jerusalem’s cultural scene? Feel free to share below!

Check out some other cool places to explore in Israel: